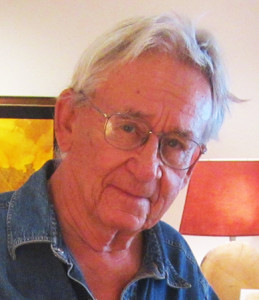 Jack Sparnon Powell was born in Des Moines, Iowa in 1934. He was raised in the Chicago suburb of Bellwood. Jack attended the Art Institute of Chicago where he graduated from in 1960.

Powell participated in the follow one man and group shows:

Jack Powell has shown exclusively worldwide at Buffalo Collection in Scottsdale, Arizona since 2012.