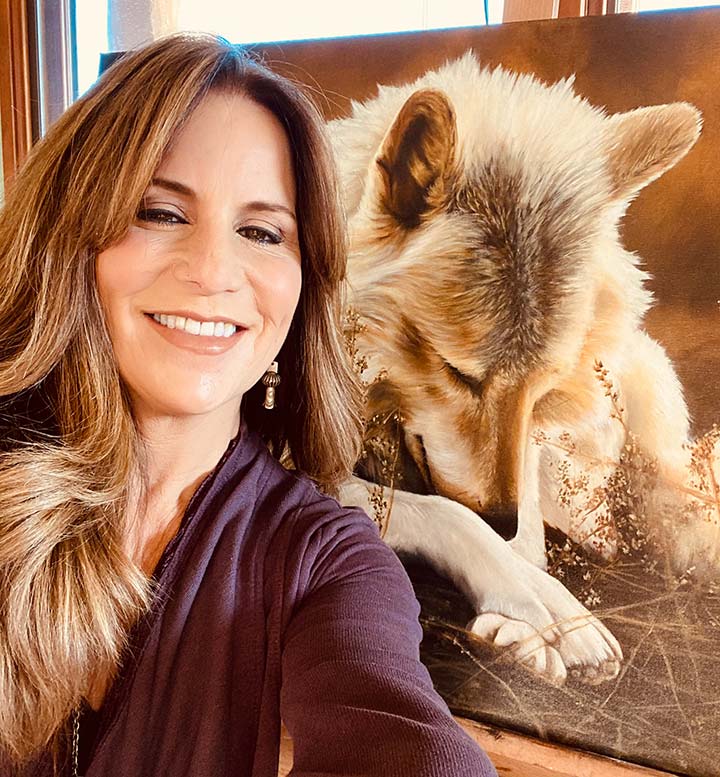 Born in 1964 in Beloit Wisconsin, Kathleen's early love of realism was influenced by such artists as James Bama and John Waterhouse . Mostly self- taught from an early age, she became proficient in black and white mediums preferring graphite, charcoal, and ink over paint. She gradually moved into color mediums working in color pencil then finally delving into acrylics and oils. As a portrait artist in her 20's she did extensive commissioned work for clients focusing on people, pets, and equine art.

In 2000 Kathleen started her own faux finishing and mural business and eventually relocated to Las Vegas, NV. Interior Design became a natural transition while working on residential and commercial projects. Clients often times had her in their home or businesses for 6 months to a year doing a wide variety of jobs from original artwork to entire floor layouts and design themes. She also branched out into iron furniture design, plasma cutting, and iron finishes. She has been featured in parade homes and her large scale murals are in various businesses across the U.S.

Kathleen relocated to Santa Fe, New Mexico in 2011 to fulfill a lifelong dream. Her emphasis at this stage of her career is to create subjects that she is passionate about. Her close ties to native people and culture, as well as her own Chippewa ancestry has given her the desire to create meaningful pieces depicting the spiritual side of native people, southwest genre, and the animals and wildlife that are dearest to her heart.

Kathleen's work has won various awards and has been shown in galleries in Wisconsin, Utah, Nevada, Arizona, Oregon, Illinois and New Mexico and is also in various private collections. Her murals are throughout the U.S.